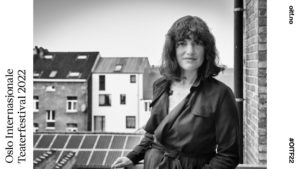 Social choreography has been associated with harmonious arrangements of dancing bodies and individual gestures in which images or protocols of social order are aesthetically manifest. Yet, every age in Europe has known occasional eruptions of disorderly movements on an individual and massive scale, driven by crisis, illness, madness, protest,

or rapture. In such moments, the people seem to appear on the public stage, and we ask: are these appearances of disorder choreographed, too? How does the aesthetic of disorder in the everyday movement shape the social?

Bojana Cvejić works in philosophy, dramaturgy and performance and dance studies. Among several books, she is author of Choreographing Problems (2015) and Toward a Transindividual Self (with Ana Vujanović, forthcoming). Cvejić is Professor of Dance Theory at KHiO Oslo National Academy of the Arts.